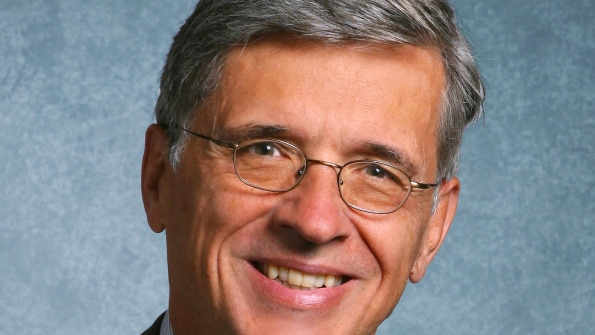 President Barack Obama yesterday announced telecom-industry veteran Tom Wheeler--the former leader of trade associations representing both the cable and commercial-wireless industries--as his nomination as the new chairman of the FCC.

Telecom veteran Tom Wheeler will succeed Julius Genachowski as chairman of the FCC, if the Senate confirms President Barack Obama’s nomination, which was announced yesterday at the White House.

A managing director for Core Capital Partners, a venture-capital firm based in Washington, D.C., Wheeler has been a significant player in the communications arena for several years, previously serving as a leader of the National Cable Television Association (NCTA), the cable-industry trade association, and the CTIA, the trade association for the commercial wireless industry. These experiences help qualify Wheeler to lead the FCC, according to Obama.

“Tom is the only member of both the cable television and the wireless industry hall of fame. So he’s like the Jim Brown of telecom, or the Bo Jackson of telecom,” Obama said yesterday during a speech introducing Wheeler. “And that’s because, for more than 30 years, Tom has been at the forefront of some of the very dramatic changes that we’ve seen in the way we communicate and how we live our lives.

“He was one of the leaders of a company that helped create thousands of good, high-tech jobs. He’s in charge of the group that advises the FCC on the latest technology issues. He’s helped give American consumers more choices and better products. So, Tom knows this stuff inside and out.”

In March,Genachowski announced his plans to resign as chairman of the FCC. When Genachowski formally steps down, Democratic FCC Commissioner Mignon Clyburn will serve as acting chair of the agency.

Republican FCC Commissioner Robert McDowell also announced his resignation plans in March. No one has been nominated yet to fill his seat, but Beltway sources expect that McDowell’s replacement will be considered by the Senate at the same time as Wheeler. Considering a Republican and Democrat for the FCC simultaneously should alleviate most of the partisan politics from the confirmation process, according to sources.