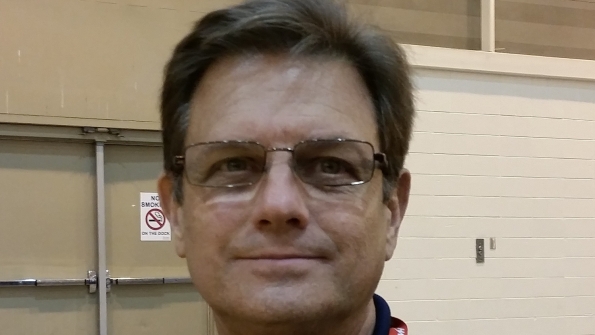 Geographic terrain can have a significant impact on LTE system coverage and design, as those deploying a 120-day pilot project in the state of Hawaii learned prior to the creation of FirstNet, according to Bill Compton, a wireless solutions account executive with LGS Innovations.

When FirstNet representatives say the pace of the state consultation process will vary state to state, they are referring in part to the complication that geography adds to the state planning process.

As FirstNet’s Director of Government Relations Ed Parkinson said at APCO, a small state like Delaware likely will move through the process much faster than a massive state like Texas that has 254 counties.

But size is not the only factor. Bill Compton, a wireless solutions account executive with LGS Innovations, knows a bit about that. Three years ago, Compton was part of the development of a 120-day pilot LTE network in Hilo, Hawaii, where volcanoes, thick rainforest vegetation and a mixture of urban and rural settings presented challenges that will face other states and U.S. territories in the coming months and years.

“Geography is very important in designing your overall spectrum coverage,” Compton said in a recent interview with IWCE’s Urgent Communications. “When you have mountainous areas like you have in Hawaii with the volcanoes, when you have high-density vegetation, which affects coverage, no matter how high you put a tower with an antenna on it, it doesn’t matter if the [thick] vegetation is underneath the tower—you’re not going to get through it.”

LGS designed, built and operated a Band 14 network for the U.S. Department of Agriculture in Hilo and the surrounding area of about eight square miles. The deployment, which cost about $425,000, took place the year before Congress created FirstNet.

The architecture included a centralized evolved packet core (EPC), two antenna eNode-Bs installed on 100-foot towers (one in Hilo and another about five miles away in a rural area) and the island’s existing fiber network.

Sample network configurations could only help so much with the planning, Compton said. The pilot network was developed through trial and error with on-site testing, as the development team responded to the complexities on the terrain.

“How do you overcome that moving forward? It’s tough,” he said. “I think you’re going to find the use of deployables to be much more utilized in certain types of rural (areas) and topology that is affected by things like vegetation, because you can find a clearing and get a backhaul with a deployable versus a fixed tower somewhere.”

Hawaii officials, who were bussed around the coverage area, tested applications by validating driver’s license photos and piping video back to the USDA headquarters in Washington.

“Looking ahead, what this pilot program did was educate the public-safety officials on the island to a much higher extent than anywhere else in the United States,” Compton said. “Because FirstNet had not been established yet, there was not this single point of contact outreach that FirstNet is doing today with state officials.

“Hawaii got firsthand knowledge and understanding of what this technology could do to enhance their communications.”

FirstNet started holding state plan consultation meeting in July, when it met with the state of Maryland. Officials with the nascent organization have been reticent to give timelines for this process, but FirstNet Acting General Manager T.J. Kennedy estimated recently that the process could take a few years.