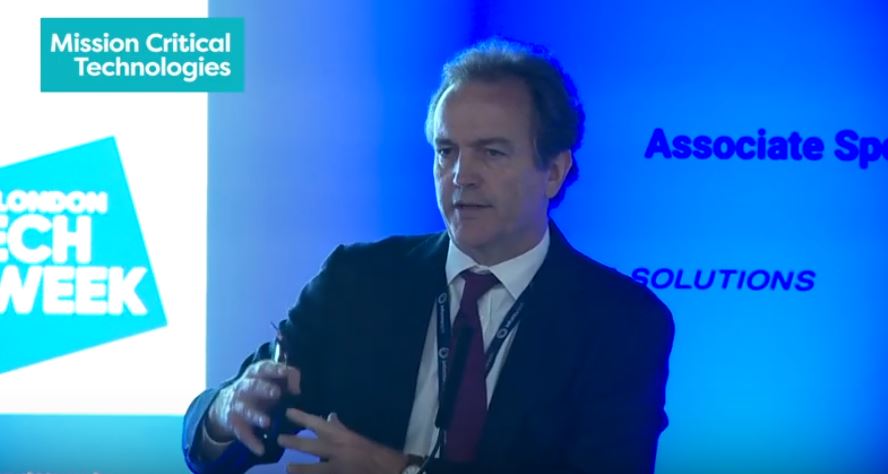 United Kingdom (UK) first responders need to migrate from “sub-optimal” legacy platforms to modern-technology systems such as the Emergency Services Network (ESN), but all key players in the initiatives need to “get our act together” to make the vision a reality, according to a key UK government official.

Nick Hurd, UK minister of state for policing and fire, said it is “absolutely critical” for the UK first responders to have access to the kind of modern technological tools that are being used to perpetrate crimes today.

“To my mind, policing is at a pivotal stage,” Hurd said yesterday during a keynote speech at the Mission Critical Technologies (MCT) event in London. “The demands on it are well known; there are increasing demands on a smaller system. What is less well known to the public is that the demands have changed. The job is different. What they are policing is different—it’s infinitely more complex.

“Of course, underlying this is … accelerated change in what technology makes possible, for good and evil. We can rely on criminals staying on top of the curve. Our responsibility, as the state, is to make sure that the men and women who protect us are not behind the curve. And the frank truth is that where they feel [they are]. They are deeply frustrated they are using at this moment. They know that it is suboptimal and not fit for purpose.”

Perhaps the highest-profile initiative in this technological transition is the development of the ESN, a nationwide public-safety LTE system that has been plagued by multiple delays and significant budget overruns. Hurd reiterated the commitment to ESN, which is slated to replace the nationwide Airwave TETRA network that currently provides UK first responders with mission-critical voice service.

“Let’s be clear about what the ambition there is [with the ESN plans],” Hurd said. “The ambition is to make sure that those in the front line—those first responders—have access to the best technology solution available. [We want to] move them off of technology that is out of date and, frankly, expensive and onto a network that offers voice, data, resilience and reliability

“This feels like the right direction of travel. Have we had to change things? Oh, yes. Are some of the benefits delayed? Are the costs high? Yes. Am I happy about that? No. Are the benefits still there? Absolutely, and we will continue on that path.”

Simultaneously, the UK government is pursuing technological transitions to many other first-responder systems, including the development of a national fingerprint and DNA platform, as well as upgrades to the national police computer and child-abuse image databases, Hurd said.

In addition to upgrading systems, the UK government is helping support development of new technologies, such as facial recognition and predictive policing, Hurd said. However, fully use of such technologies will require public education about the measures being taken to ensure that the technologies are implemented in a manner that is fair and respects privacy rights, he said.

“The police want to use [facial recognition],” Hurd said during a video interview. “They’re clear that it can add value to their work, in fulfilling their responsibilities. I want to support them in that—it’s quite right to support new innovation and technology—but we’ve got to bring the public with us. We’ve got to maintain public confidence in the integrity of that process. How we do that—the checks and balances—is something that government has got to lead on, working with the police, because the public have to have confidence in the way that technology is deployed.

“We are not a surveillance state. We are not a surveillance nation. We have to take the people with us while making sure that we do everything we can to support the police, in particular, in using the technology. Because the reality is that criminals are very smart in how they use technology, and we’re ambitious in wanting to be sure that our law-enforcement community and our other emergency services have access to the best that technology can offer.”

Of course, making these new technological capabilities available to UK first responders will cost money. With this in mind, Hurd said that government and public-safety officials need to “make a case” to Parliament that previous problems will not be repeated—a process that could be challenging.

“We will be making a case to a cynical audience, because the past is not glorious,” Hurd said. “The way in which the police and Home Office have worked in the past to develop, build, procure the technology that is needed has been heavily criticized and quite rightly.

“We have to get our act together to show that … we have a collective strategic vision of what we are trying to work toward, that each force has a plan to deliver to that vision, and that we can demonstrate that—through our different approach to procurement, a more collective, a clearer framework of standards, a greater commitment to interoperability—we have learned from the past.”