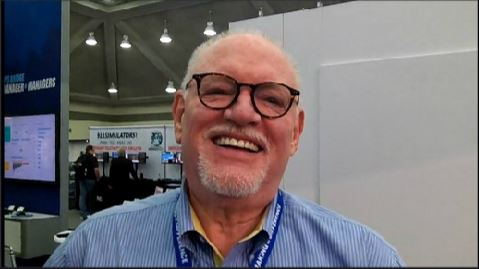 Phil Burks, co-founder of FIRST iZ (pronounced “eyes”), details the capabilities of the company’s drone system, which is designed to provide video surveillance of a scene–an incident for public safety or monitoring surveillance for multiple critical-infrastructure uses–without the need to deploy a human to the site and risk injury. The FIRST iZ system leverages First Ports, which house and charge the drone until deployment. First iZ drones are expected to have flight times of 45 minutes or more and are being developed to work in non-line-of-sight scenarios, if approved by the FAA.