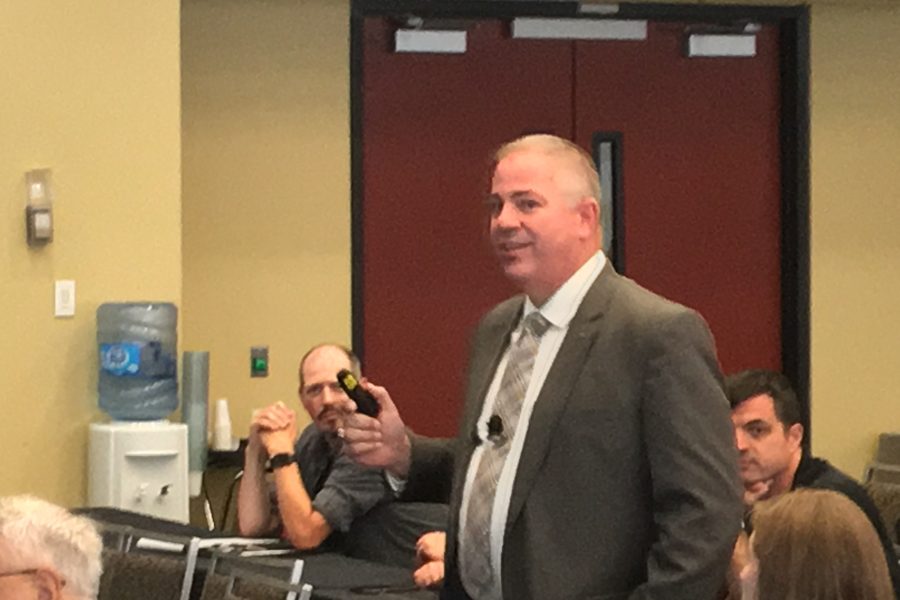 Next-generation 911 (NG911) systems should let 911 centers handle all forms of multimedia—voice, text, data, photos and video—and interoperate with other NG911 systems, but public-safety jurisdictions have to specify these characteristics in their procurements or risk facing disappointment and extra costs, according to APCO officials.

Jeff Cohen, APCO’s chief counsel and director of government relations, said that many state and local jurisdictions are seeking bids from vendors to deploy Emergency Services IP networks (ESInets), but most procurements are not requiring interoperability with neighboring jurisdictions or mention interoperability as an afterthought. Most procurement documents are being written by vendors or consultants, and “they all look the same,” he said, noting that an objectives-based approach would be more effective for public safety.

“Don’t take this as a knock on the vendor community at all—it’s just the way it’s been,” Cohen said during a presentation during the APCO 2019 event in Baltimore last month. “We’ve got to reverse this. You’ve got to tell, as public safety, what are your objectives and put them in your RFP. [State in procurement documents,] ‘This is what I want. If I get a photo from a citizen that I serve, I want to be able to seamlessly send it to the 911 center across the river.’

“This approach stresses objectives like interoperability over compliance with particular standards. You should list standards in your RFPs, but make sure that you put in your objectives.”

Jay English, APCO’s chief technology officer, delivered a similar message about the importance of multimedia support and secure interoperability, emphasizing that requiring a 911 system to be interoperable is not the same as requiring systems to be interconnected.

“’Interoperable’ and ‘interconnected’ are different—they’re just different enough that it matters,” English said during a separate session at APCO 2019. “Interconnected means one network can talk to another. Interconnected has been around forever; phone networks are interconnected. It’s a legacy term that’s been used in telephony for years.

English also emphasized that public-safety agencies should structure procurements in a manner that encourages bids from vendors that leverage cloud, i3, IMS and virtualization technologies to provide “innovative approaches” to NG911.

“Don’t be afraid to talk to those folks,” English said. “They may not be the biggest vendors out there; in some cases, they may. But invite innovative approaches. Just because it’s never been done before doesn’t mean that it’s not the right way to do it now.

“Because, if we keep doing it the way we did before, what are we going to get? The same damn results that we’ve always got.”

And those results typically have been less than ideal for public safety, with vendors often providing solutions that meet the standards requirements outlined in procurement documents without delivering the kind of functionality that 911 officials envisioned when the bid process began, English said. To achieve the vision, 911 centers often are told that they will need to spend additional money to purchase new interfaces or conduct interoperability testing—a situation that has become familiar in the legacy 911 environment, he said.

“It’s not a technology issue,” English said. “It is an issue of what we ask for and what we make the vendor community provide. They are very smart folks, and they can build really cool stuff, but we have to tell them exactly what we need. It has to be specified, and they have to be tied to it, either with service-level agreements or contractual language that says, ‘I expect interoperability, and this is what I expect interoperability to mean.’

“Because, if you leave it open to their interpretation, you’re going to be building a lot of interfaces, a lot of APIs and doing a lot of interoperability testing to get what you thought you were getting to begin with.

Such procurement and development cycles need to be avoided with next-generation 911, so public safety can benefit from economies of scale, instead of making purchasing decisions based on the unique needs at each of the more than 6,500 public-safety answering points (PSAPs)—or emergency communications centers (ECCs)—according to English.

“Bottom line … we can’t afford to build another system the way we built the last [911] system, which is proprietary, 6,500-plus different ways,” English said. “As each individual emergency communications center, we have to be able to get what we need out of the system, but we can’t do that 6,500 different ways. And, when it comes to cybersecurity, you certainly can’t secure it 6,500 different ways.

“There is one common denominator for all emergencies … They are all local. You have a right, as a local agency responsible for those emergencies—regardless of scale—to ask for what you need. Don’t settle for what someone else thinks you should get. That’s the bottom line”

This is particularly important at this juncture, when first responders in the field are leveraging FirstNet and other public-safety-focused broadband technologies in the field, English said.

“If we don’t implement next-gen [911] the way we’ve talked about, it doesn’t matter what FirstNet does, [first responders will] never get that data—they’ll never see it,” English said. That’s one of the reasons it’s so darn important that we get this right.”

Cohen echoed this sentiment, noting not only the development of broadband technologies used by both first responders and the citizens they serve.

“You’ve got responders with broadband networks from FirstNet and other providers,” Cohen said. “You’ve got citizens like you and me that have what we have—totally interoperable. And then you come down to the 911 center, which doesn’t even have the level of technology to match, let alone everything being interoperable.”

With this in mind, 911-oriented organizations like APCO, NENA and NASNA worked together to help craft the language used in bills that would provide $12 billion in capital funding to help 911 centers fund the transition to NG911, Cohen said.

“This is something that we’ve been stressing,” Cohen said. “As a matter of fact, each grant application is going to have to certify that they would meet this [interoperability] definition and maintain it. And, if they do not, even after receiving the grant funds, they would have to forfeit the money back.

Even with the proposed $12 billion in federal funding, the current NG911 proposals would let state and local governments maintain control of the 911 system while applying for the federal monies via a grant program, Cohen said.

Two other key components of the current NG911 proposals are that states would be required to establish and maintain a sustainable funding mechanism for 911, and language prohibiting states that raid 911 funds from receiving NG911 grant funding—a tactic that has been tried before, albeit with very small amounts of federal 911 funding at stake, according to Cohen.

“This would put a stop to it [states raiding 911 funds], I think, unlike before,” Cohen said. “Because, if you’re going to lose at the state level hundreds of millions of dollars [in federal 911 grant money] if you don’t stop diverting, I think that’s enough money to finally stem that practice.”

Cohen acknowledged some of the political challenges associated with trying to get NG911 funding approved by Congress, which is deeply divided along partisan lines and will be distracted by 2020 election campaigns in about six months. It is important that public-safety representatives stop making claims that their 911 centers already have implemented NG911, “which is not true anywhere—especially under this [legislative] definition,” he said.

“If there are people out there saying, ‘We already have next-generation 911,’ well, if I’m a member of Congress, I’m going to say, ‘Why should I vote for this bill? Why do you need the money?’” Cohen said.