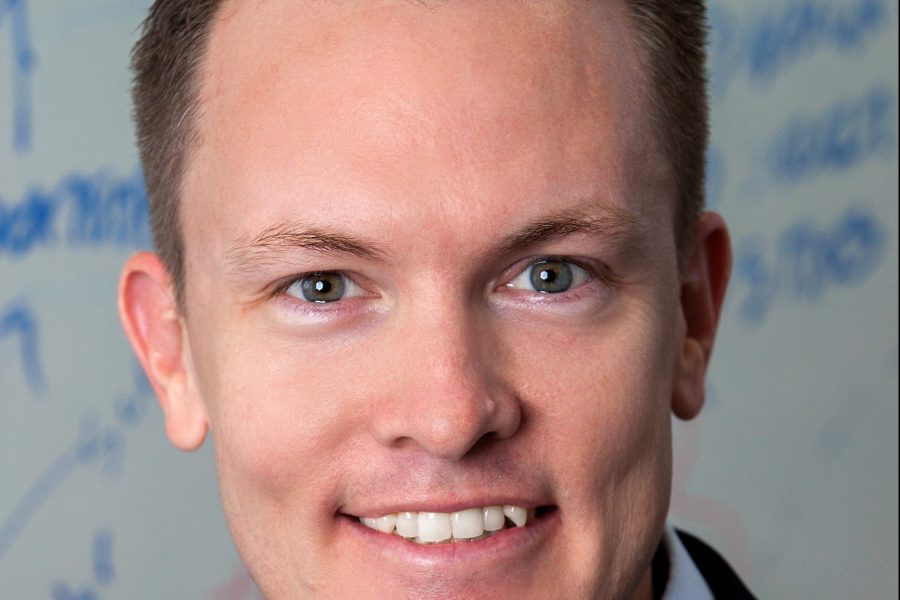 AT&T is dedicated to providing FirstNet users with broadband access in any response scenario, whether it is through the carrier’s expanding terrestrial-network footprint or its growing portfolio of deployable solutions, according to Jason Porter, AT&T’s new senior vice president for the FirstNet program.

“That’s our purpose and our mission,” Porter said an interview with IWCE’s Urgent Communications conducted in December. “We’re trying to keep these first responders safe and connected.

“We’ve got people putting their lives on the line in all of these situations, whether it’s because somebody isn’t providing power, can’t provide power, or a storm hit. Whatever it is, it really doesn’t matter to us the root cause why these first responders are in this situation. Our job is to make sure that they able to do their jobs safely and to the best of their ability in those situations.”

To meet this goal, AT&T has to ensure that access to the dedicated nationwide public-safety broadband network (NPSBN) is available to FirstNet users when and where they need it. Most of the time, this can be provided through AT&T’s vast terrestrial network of cell sites that the carrier giant is working to harden to ensure network availability, Porter said.

“We partnered with Argon Labs and basically did a huge climate study to try to figure out how we should redesign our network, so it is prepared for storms, wind, water rising and those kinds of things,” he said. “We have actively redesigned our network in areas to make sure that generators are raised up, electronics are above where we think the water level would be—all of those kinds of things. We’ve used AI and redesigned and—I would term it as—hardened our network against those storms that come in.

“That’s one example of many that we’re using to really transform our network, so that it is as reliable as possible for these first responders.”

“We have realized … that there are just parts of this country that are not going to be covered [by the FirstNet terrestrial network], even though we’re growing our footprint all of the time, Porter said. “There’s also the fact that, no matter how much hardening you have … in the Army, we used to call it ‘Murphy’s Law’—something is going to happen, whether that’s a storm, a man-made issue, or some kind of attack.

“Who knows what’s going to happen that’s going to put danger in front of these first responders. We have got to be ready on all fronts—reliability, hardening and also have backup plans, so when Murphy does show up, we can overcome him.”

Those backup plans are led by AT&T’s Response Operations Group (ROG), which coordinates the deployment of all FirstNet deployable units as public safety responds to a variety of incidents, from search-and-rescue missions in remote areas to more destructive scenarios, such as hurricanes and wildfires.

“This is an area where I really think that we’ve gone sort of  above and beyond, because of the importance of being there for these first responders,” Porter said.

“These are all events in which public safety needs us to put our best foot forward and do everything we can to help them, so we’ve built a robust portfolio of equipment and team members to be able to action into those kinds of events. We’ve got deployables, from SatCOLTs that are on the ground to drones … to even a blimp, FirstNet One.”

Indeed, the availability of such deployable infrastructure—at no additional cost to any FirstNet subscriber—is one of the benefits cited most by agencies using FirstNet. Seeing these assets in action has been a significant learning experience for AT&T that led to the development of the FirstNet One blimp, which is designed to act as an LTE tower in the sky to provide coverage for weeks at time, according to Porter.

“What we learned in the first couple of years of this was that we need to be constantly evolving that [deployable] equipment set and those capabilities,” Porter said. “Because, when you look at the panhandle of Florida or Puerto Rico [after being hit by hurricanes], where there was so much devastation for long periods of time, you need a deployable that can be up in the air—providing further coverage and for longer durations—without needing fuel or downtime.

“That’s part of where we innovated [with the FirstNet One blimp]. Nobody asked us to build that. That wasn’t a mandate from some entity. It was learning and growing, with our desire to serve this community the best we possibly can. As a result, we did a bunch of testing and launched that aerostat on our own. Now, we’ve got another piece of equipment in the puzzle to make sure we can solve [connectivity issues associated with] things like the California fires and others, so we can be there for those issues.”

When asked whether he believes FirstNet is a mission-critical system today where buildout is complete, Porter said that is not a determination for him to make.

“I’ll defer to the FirstNet Authority and to public safety to define and put words on things,” Porter said. “But I will tell you that my job and my background lends me to want to protect these first responders, making sure that they can do what they need to do, safely and well.

That requires a portfolio of flexible solutions that can provide connectivity under the different scenarios that first responders may encounter, according to Porter.

“That’s why we have such a mix—wing, wheels, aerostats and those kinds of things. We’ve even got RDKs [Rapid Deployment Kits] and things like that that we can put into the hands of the first responders, so they can activate them and use them when needed. It really is that full portfolio that we need to support this community.

“Our hope—and our mission—is to make these communities as connected as possible. We think that, with our network build, as well as with this mix of deployables and assets that we have, we are maximizing connectivity for first responders.”

Porter said he is encouraged by the development of the FirstNet ecosystem, which now includes more than 100 devices and more than 100 applications. He also expressed enthusiasm for other innovations in the FirstNet system that are expected this year, such as the unveiling of FirstNet Push to Talk—a mission-critical-push-to-talk (MCPTT) service—and the introduction of high-powered user equipment (HPUE) on Band 14 spectrum, which is expected to double the effective range of cell sites at the edge of the network.

Porter said he could not share any new details about MCPTT or HPUE at this time, but he is “excited” by the testing results received from both technologies.

Prior to succeeding Chris Sambar last fall, Porter served as AT&T chief data officer and let the strategic-planning organization for AT&T Technology Operations—a position that made him “intimately familiar with the build of the FirstNet network and the program,” he said.

For Porter, heading AT&T’s FirstNet effort is an ideal fit for reasons that extend well beyond technical expertise. As a West Point graduate who served in the U.S. Army as an Armor Officer—leading a tank platoon and a mortar platoon—Porter said “you couldn’t find a better role” for him than working with public safety.

“You know, when you leave serving your country and wearing the uniform, you have a gap—a hole—that you want to fill, and you want to give back, so you try to do that in every way you can through the personal, after-hours kind of stuff that you do,” Porter said. “But this job is the closest to filling that gap that I’ve had since I left the military.

“It’s been an amazing two-and-a-half months, where I get to literally walk and talk with heroes, whether it’s fire chiefs fighting fires, working with police chiefs about how they can improve their policing activities, or EMS EMTs that are out there telling us what they need. It’s honestly a humbling exercise to be walking with this community and supporting them. I just wouldn’t trade it for the world, to be able to spend the time with them that I’ve been able to spend in the last couple of months.”

This type of public-safety input has an impact on AT&T network planning for FirstNet, according to Porter. For instance, feedback from first-responder agencies has caused AT&T to make changes to the local-control portal, which is used to “uplift” the priority level of specific users during a response effort.

“We live by a philosophy here that this FirstNet network is built for and by first responders,” Porter said. “Because our boots are in the mud with these folks, part of what I love about this team and this program is that we really are hip-to-hip with the first-responder community, so we constantly get feedback. APCO is a point, but I will tell you that we love hearing from the fireman, the police chief and the police officer every day, so we are constantly feeding that input into our roadmaps and planning.

“I’m happy to report that we have already made many updates, based on feedback provided both at APCO and, much more importantly, daily feedback that we get. We’re trying to make this as good, as user-friendly and as functional as possible.”