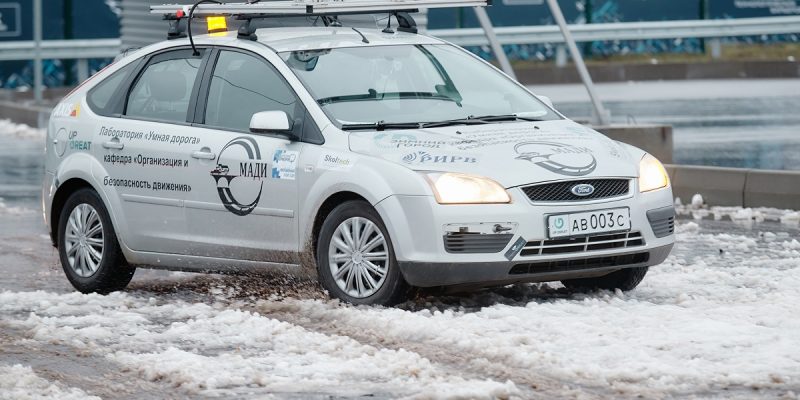 Global warming is doing its job on Moscow: in mid-December, there is very little frost or snow.

Yet, it’s a high latitude winter with long nights and darkness that streetlights cannot fully illuminate. This is the background for the driverless Winter City competition. Five autonomous vehicles presenting different technical paradigms must accomplish the 31-mile route imitating an urban environment in three hours in the presence of a squadron of human drivers and mannequins of passer-bys. No connectivity or distant guidance is allowed so it’s a pure self-driving experiment.

The spirit of the law

Yet in only the twentieth minute, the autonomous Ford Focus of the team of Moscow Automobile and Road Construction State Technical University (MADI) had ruined the organizers’ plan. The car stalled at an interjection where it could not be moved and blocked the traffic. Driverless rivals and regular cars formed what can be remembered as the first-ever multi-AV traffic congestion. Three hours later, the judges gave up attempts to fix the situation and restarted the race.

Humans have learned to cope with such issues by applying the letter and the spirit of the law, explained Andrey Vavilin, CEO at BaseTracK. Once they identify that the clogging automobile cannot move, they naturally form a temporary scheme of traffic control to round the vehicle, ignoring physical road markings. AVs cannot do this because, by the letter of the law, it is disobedience.

The lesson learned from the incident is that traffic organization will need a thorough revision before driverless fleets enter the streets, presumed Boris Ivanov, head of AV at Starline. Potential bottlenecks must spotted out and fixed.