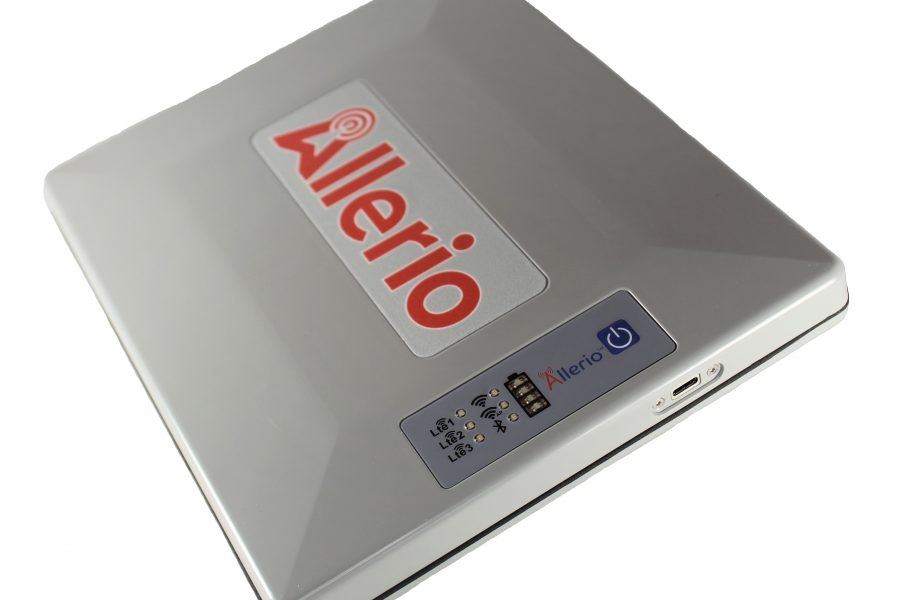 Allerio Mobile Hub certified for use on FirstNet, other LTE carrier networks

Startup Allerio announced that its easy-to-use Mobile Hub broadband platform designed for EMS use and the healthcare community has been certified for use by the FCC and multiple U.S. carriers—FirstNet/AT&T, Verizon, Sprint and U.S. Cellular.

“One of the unique things about this is that there’s one button on it—it turns the device on, and it turns the device off,” Allerio CEO TJ Kennedy said during an interview with IWCE’s Urgent Communications. “Everything else—setting up the unit on the multiple networks, engaging with VPNs and everything else, from a security standpoint—happens automatically for you. There’s nothing you have to do.”

Introduced last fall and available immediately, the Allerio Mobile Hub has been redesigned to be even more portable while maintaining the ability support three LTE broadband connections, Kennedy said. Weighing 1.96 pounds, the Mobile Hub is 8.9 inches by 7.4 inches, with a thickness of just 1.2 inches, based on the company’s specification sheet about the Mobile Hub.

“We’ve done some additional design work on it, and it’s significantly smaller, which is great,” Kennedy said during an interview with IWCE’s Urgent Communications. “It’s fairly thin, and the nice thing is … it’s as small as you’re probably going to get right now for a multi-carrier unit, so that you get the RF capabilities that you want out of it.”

Those RF capabilities include the ability for a first-responder user to leverage the best of three potential LTE connections supported by the Mobile Hub—a decision that is made automatically, Kennedy said.

Kennedy said the Allerio Mobile Hub can provide broadband data rates to as many as seven devices via Wi-Fi and Bluetooth. The 4G  LTE connectivity provided by the Allerio Mobile Hub currently is available from one of four carriers—FirstNet/AT&T, Verizon, Sprint and U.S. Cellular—and the product is being tested for certification by T-Mobile.

Allerio is offering this flexible connectivity as a platform-as-a-service package that is paid through a monthly subscription that includes technical support and the LTE connectivity agreements with as many as three LTE providers, Kennedy said. In the future, Allerio plans to develop the Mobile Hub to leverage 5G and high-powered user equipment (HPUE) broadband connectivity, he said.

When used inside an ambulance or other first-responder vehicle, the Allerio Mobile Hub replaces the need for a vehicle router, Kennedy said.

But the Mobile Hub’s small form factor means it can be utilized away from the  vehicle—a scenario that Kennedy expects will be realized often by Allerio Mobile Hub users.

Allerio is a standalone corporation funded initially by the Public Safety Network—the advisory firm founded by Kennedy—and umlaut, which was known as P3 Group North America when the Mobile Hub was introduced last fall.