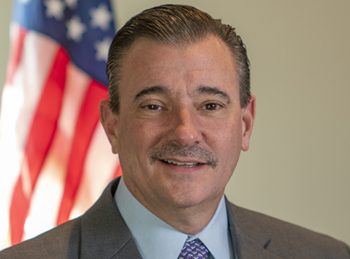 Carrizzo has been a member of the FirstNet Authority board for two years, serving on the board’s Advocacy Committee, as well as its Network and Technology Committee. Currently the fire chief for the Southern Platte Fire Protection District in Missouri, Carrizzo has been in the fire service for more than 35 years and recently was named as the International Association of Fire Chiefs (IAFC) president and chairman of the board.

“Chief Carrizzo is a national leader in the fire services with a record of advancing solutions to help keep America’s first responders safe on the job,” Osterthaler said in a prepared statement. “I’ve had the honor of working closely with Chief Carrizzo for the last two years and am pleased that he has accepted the Vice Chair position. We look forward to continuing to push FirstNet forward on behalf public safety.”

Carrizzo succeeds Richard Stanek as vice chair. Stanek—the former sheriff of Hennepin County, Minn.—resigned from the FirstNet Authority board last month to pursue an opportunity in the private sector.

“It is truly an honor to represent the first responder community as a member of the FirstNet Authority Board and I’m pleased to be named as Vice Chair,” Carrizzo said in a prepared statement. “During my time on the Board, I’ve seen the FirstNet Authority’s commitment to public safety and making sure their voice is heard and their needs are addressed in the network. I look forward to continuing this work with Tip, my fellow Board members, and the FirstNet Authority leadership and staff.”

Carrizzo’s current term on the FirstNet Authority board is set to expire next August, but he would be eligible to be reappointed to a second term at that time.

Osterthaler’s selection of Carrizzo marks the second time that a fire-service official has been named as the FirstNet Authority board’s vice chair. Jeff Johnson, CEO of the Western Fire Chiefs Association, served as the board’s vice chair from 2014 to 2018, during Sue Swenson’s tenure as board chair.