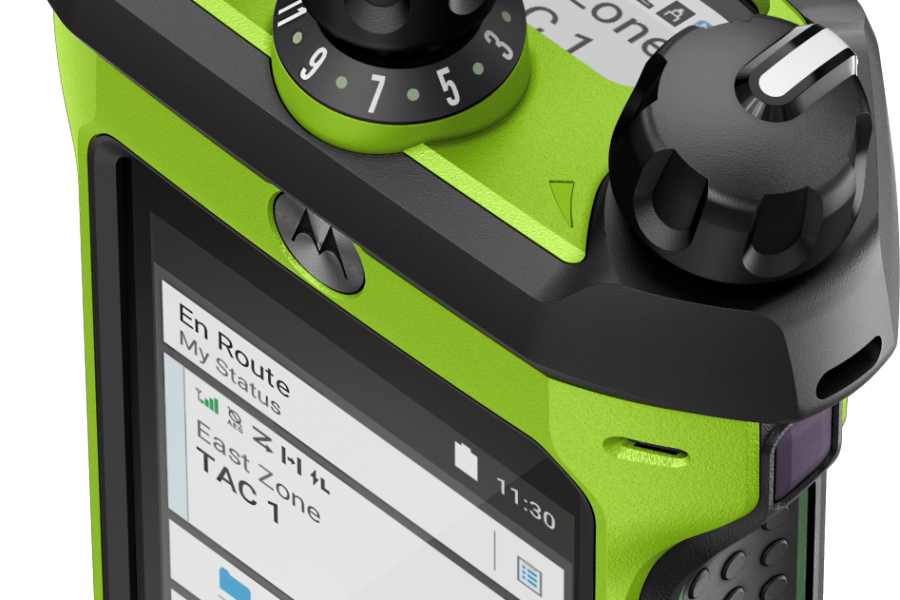 Motorola Solutions this week announced the APX NEXT XE, its high-end P25 radio designed for firefighter use that also is capable of leveraging LTE and Wi-Fi connectivity to deliver programming updates and some advanced applications, according to a company official.

Scott Alazraki, Motorola Solutions product manager for APX devices, said the announcement of the APX NEXT XE follows last year’s introduction of the APX NEXT, which has similar LMR and LTE technical capabilities but is designed primarily for use by law-enforcement personnel. In contrast, the APX NEXT XE was developed to meet the needs of firefighters.

“A lot is the same—the loudness is the same, the intelligibility of the audio. A lot of that has been improved just for APX NEXT, and a lot of that carried over [to the APX NEXT XE] ,” Alazraki said during an interview with IWCE’s Urgent Communications. “They’re related devices, but everything about this device is made even more rugged to be able to deal with the rigors of firefighting. The knobs are bigger. There’s more space between the knobs to be able to deal with big-glove use.

“It’s everything our customers have always expected in our XE line of products. [The APX NEXT XE’s features include] Glove use, ruggedness, high-impact materials, but it now brings this world of mission-critical intelligence to firefighters, so we can have these advanced applications. In many cases, those would use an LTE backbone, but there are some applications run all within the device.”

Indeed, some of the simpler ViQi voice-control commands do not require LTE connectivity—for instance, verbally specifying “Volume 10” or “Change to tactical” to adjust how the radio’s operation, Alazraki said.

But a larger portfolio of applications leverage the APX NEXT XE’s ability to utilize LTE or Wi-Fi connectivity, according to Alazraki. One of the most intriguing of these applications is SmartConnect, which lets a user extend the effective coverage area beyond the range of the LMR system through an available LTE connection.

“Let’s say you are out of [LMR] coverage, and you need to get back into your system,” Alazraki said. “[SmartConnect] basically pipes back into your P25 network but through the use of LTE—and it’s seamless to the user using the device.”

Other notable applications include SmartMessaging, SmartProgramming, SmartMapping and SmartLocate, which represents a significant upgrade to the location applications that are available through an LMR or Wi-Fi network, according to Alazraki.

“There is only so much you can do with location over LMR, as far as how often you can send in your location from a device, especially if you have a large number of users,” Alazraki said. “SmartLocate over LTE allows us to offload that to an LTE network and send those updates much more frequently, on the order of a couple of seconds each. So, you can handle your entire fleet with maybe 2-3 second updates of GPS locations coming in.”

While SmartLocate will try to use broadband connectivity to transmit the user’s location, the application also has a fallback mode that will utilize an available LMR network to deliver location information, according to a Motorola spokesperson.

Motorola Solutions also provided additional details about the capabilities of its SmartMessaging application in a statement provided to IWCE’s Urgent Communications.

“APX NEXT XE can exchange messages with other APX radio models that are not LTE capable, provided users have a subscription to Critical Connect and have Critical Connect cloud connector,” according to the statement. “The APX radios receive the message over LMR and the messages are limited to text only. Independently of SmartMessaging, APX NEXT XE also supports the same TMS capabilities over LMR as all our other APX radios.”

Alazraki said that the APX NEXT XE device initially will support only applications developed by Motorola Solutions.