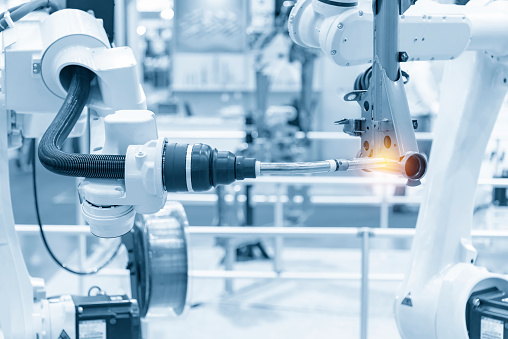 Adoption of the Internet of Robotic Things (IoRT) accelerates

In 2014, ABI Research introduced the concept of the Internet of Robotic Things (IoRT). The term described intelligent devices that can monitor events going on around them, integrate various sensor data types, use local and distributed intelligence to determine the best courses of action before manipulating or controlling physical objects.

In September 2016, MarketsandMarkets released a report estimating that the IoRT market will be valued at approximately $21.44 billion by 2022, driven by adoption in the e-commerce industry. Connected robots can integrate with various technologies and offer a short payback period and ROI, the report noted.

Chucks use machine learning to help associates on the warehouse floor work faster.

“When you think of an Internet of Things device, there’s a hardware component under the software component,” Glynn said. “Fundamentally, Chucks are made up of pieces of hardware with software that runs locally on each Chuck. And the communication backs up to the cloud, to our platform, where a lot of the intelligence lives.”

The robots upload data to the cloud that optimizes robots’ and warehouse associates’ assignments.