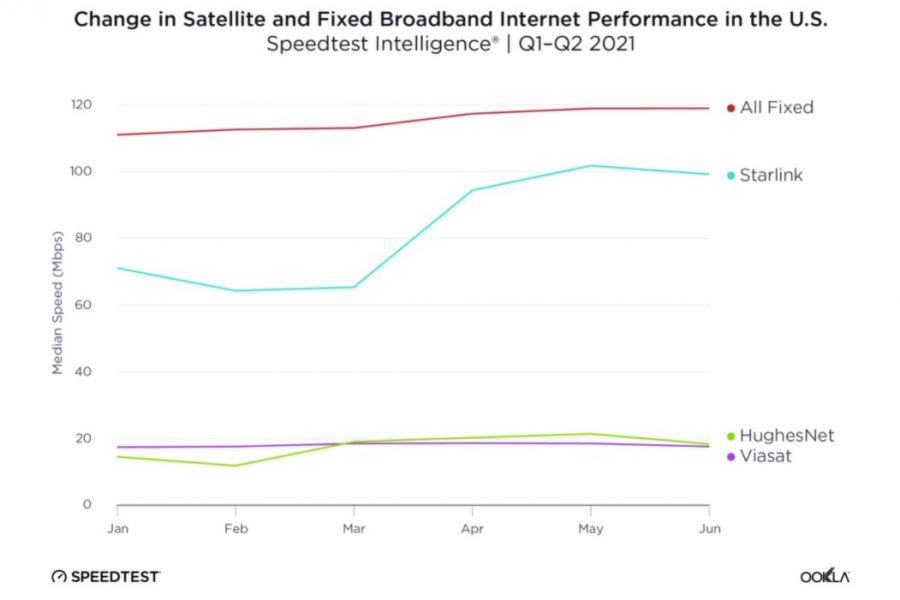 Starlink’s overall speeds continue to outpace those of fellow satellite broadband services Viasat and HughesNet, but its median download speeds in the US are starting to enter the neighborhood of fixed-line broadband networks, according to Ookla’s latest round of Speedtest data.

While Starlink’s US download speeds are “fast enough to handle most of the needs of modern online life,” they do trail the 115.22 Mbit/s median download speed for all fixed broadband providers in the US, Ookla explained in its report.

Starlink’s growing network of low-Earth orbit (LEO) satellites continued to deliver relatively low latencies, important for apps such as online gaming and videoconferencing, when compared to geosynchronous (GEO) systems. Ookla said Starlink’s median latency in Q1 2021 was 45 milliseconds. While that was well behind the 14 milliseconds of latency found on fixed-line networks, it was considerably better than the median latency for Viasat (630 milliseconds) and HughesNet (724 milliseconds).