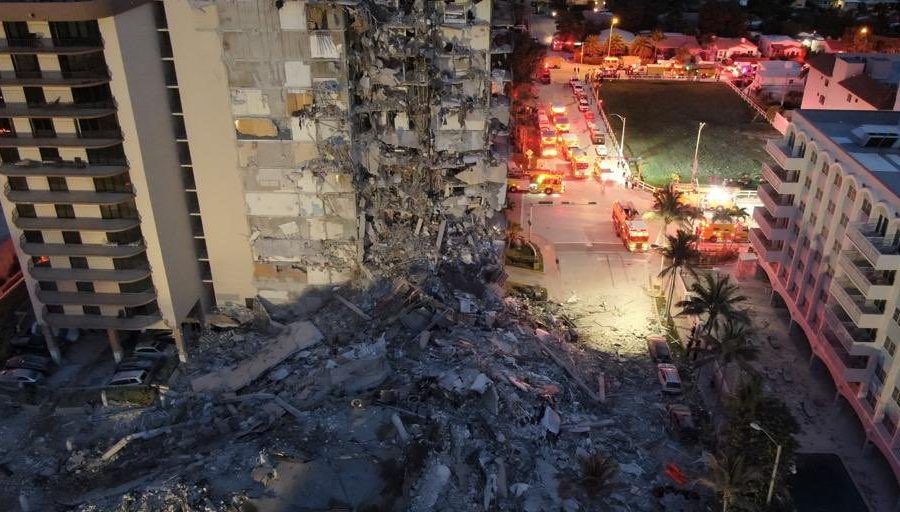 Around 1:30 a.m. on the morning of June 21, a large section of the 12-story Champlain Towers South condominium building in Surfside, Florida collapsed. All but one person sleeping inside the 136-unit building—renters, owners, visitors, family and friends—perished.

“Except for a 14-year-old child, who was discovered near the top of the two-story tall pile of rubble, first responders were not successful in rescuing any survivors. They recovered and identified remains for 98 known persons who died in this tragic event,” reads a recently published “Final Report of the Miami-Dade County Grand Jury” about the condo’s collapse.

While the cause of the building’s collapse hasn’t yet been officially determined by the National Institiute of Standards and Technology, a known contributing factor is degradation of reinforced structural supports due to long-term water penetration. The problem was reported in 2018 and noted to have substantially worsened a month before the collapse.

A $15 million repair program had been approved, but work hadn’t yet begun.

While the report’s scope is focused on the South Florida region, its findings will undoubtedly be considered in building departments across the United States, given the attention that was given when the Surfside condo collapsed.