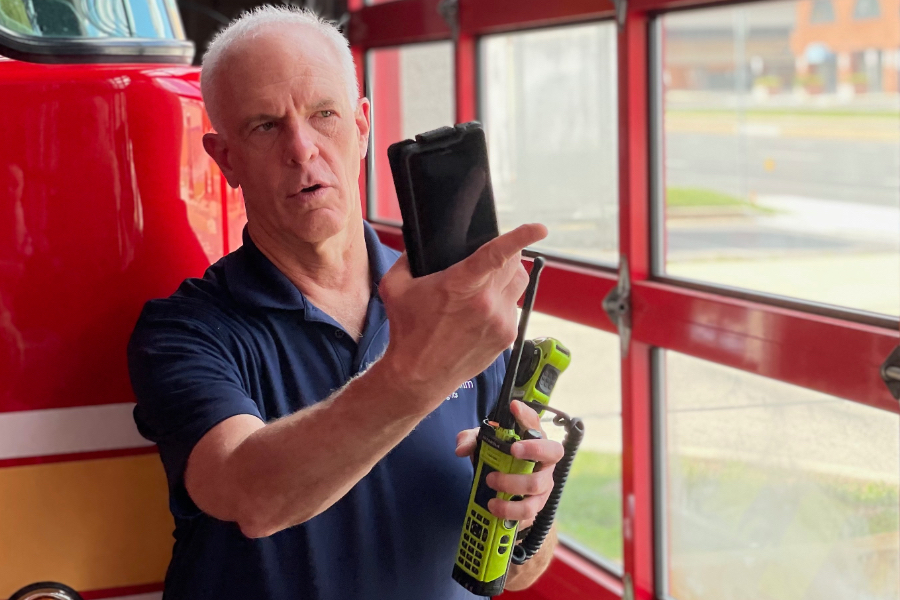 The catastrophic loss of life in November at the Astroworld music festival in Houston is a potent reminder of the special critical-communications needs that should be considered at large venues hosting tens of thousands of participants. Large-scale mega-events—for example, football games, music festivals, and concerts—are not unusual, and many take place safely. But tragedy is also an ever-present possibility.

This reality means those event organizers and the local authorities must take responsibility to ensure that there is a robust privately-operated communications system linking event leadership, security staff, medical staff, and any other resource needed to handle the crowd in a crisis. Unfortunately, some mega-events cut corners when it comes to the private critical-communications infrastructure serving the staff responsible for the safety and welfare of attendees.

Mega-event catastrophes have not been strangers to headlines in recent years. In 2015 coordinated terror attacks in Paris struck a packed rock concert and an international football match in the Paris Stade de France. And in 2017, Las Vegas faced the Route 91 Harvest country music festival sniper attack in Las Vegas, and Manchester suffered a suicide bomber’s carnage following the Ariana Grande Manchester Arena concert. The loss of life at the Astroworld music festival is just the latest in a string of mega-event calamities that remind us of the need to be vigilant.

Likewise, event managers and public-safety officials must have the ability to communicate with each other. Interoperability considerations or joint command-post staffing are essential elements of a responsible event operations plan.

While failed critical communications were not the root cause of the Astroworld deaths and injuries, initial press reports point to limited communications capabilities that hampered crowd control and delayed medical response. From afar, the event-management team appeared to lose overall situational awareness. This gap may be responsible for a failure to silence the stage and begin an orderly evacuation. The private critical-communications system is the foundation for situational awareness and active response to a crisis.

Along with stewards, ushers, and concessions workers, these staff members act as the eyes and ears of the event-management team. In the case of the Astroworld music festival, the Houston Chronicle reports that not all of these staff members were equipped with push-to-talk devices. Mega-event operators must ensure a private critical-communications system is deployed and all public-facing staff members are provided with push-to-talk group voice communications devices.

The sizing of private critical-communications systems is a crucial consideration. As a crisis unfolds, push-to-talk systems can become overwhelmed quickly as staff members attempt to speak. Because only one member of the group may request the floor and speak, all other members must wait their turn. The push-to-talk system must be appropriately provisioned with talkgroup assignments that distribute communications across smaller clusters of staff.

Talk time within a talk group is not the only constraint that venue operators must consider. The frequencies obtained for the event are also scarce resources that limit communications. A modern digital trunked radio system will grant talk requests across a set of assigned frequencies. If too few frequencies are available, staff members must wait longer to speak. In a time of crisis, the delay can translate to disaster.

Ruthless priority mechanisms also play a vital role in a private critical communications system, just as they do for public-safety systems. The event-management team must have the ability to issue voice commands that override all other system traffic. Likewise, individual staff members must be able to request priority communications by pressing the emergency button on their handset.

Short-sighted venue operators may be tempted to deploy push-to-talk over cellular devices over a consumer LTE network. When event planners consider cellular push-to-talk, they must ensure the mobile data service provides quality-of-service, priority, and preemption beyond consumer-grade service plans. Not all mobile operators can offer that level of support to a private enterprise responsible for mega-event operations.

Worse—as reported in the case of the Houston fiasco—is a temptation to use classic mobile cell service for voice calls. In a crisis, simple voice calling will fail when the demands for voice connections from desperate attendees overwhelm the cell system’s capacity.

Interoperability with local public-safety agencies is also essential. At the Astroworld music festival, event organizers failed to equip the local fire officials with event radios. Instead, fire command communications attempted to contact the event medical team with cell-phone calls. Adding to these issues, fire-department officials had no presence in the event’s control room. The authority having jurisdiction (AHJ) must ensure the event’s operations plan addresses interoperability between the event control team and all public-safety stakeholders.

Staff Training is a Must

The quality of an event staff member’s communication on a two-way radio system hinges on training and practice. All too often, radio communications for event staff is an afterthought. As in the case of the Astroworld, low-wage ushers, stewards, and security staff get hired temporarily, with no provisions for training on communications or the steps they must take during emergencies.

Simple but essential skills—such as using the emergency button—must be taught and practiced. How and when to speak on the radio system is also a vital skill that event operation leadership must address. A failure to provide this training can have a devasting impact, as highlighted by the Manchester Arena bombing inquiry.

At the end of the 2017 Ariana Grande concert, worried security staff members could not break into the growing volume of mundane radio traffic to signal concerns about a suspicious person. Not knowing that they could use the emergency button to override non-essential radio traffic, the frustrated staff gave up. A precious opportunity to divert the bomber was lost.

Training is not cheap, but online device-simulation tools like the Beaconsim Critical Communication simulator can provide a scalable and cost-effective training resource. Exercise is essential, because push-to-talk systems with multiple talk groups and emergency buttons are intimidating for casual users.

Where are the Standards?

Standards can improve consistency in how event organizers plan, build, and operate privately-operated communications systems. While a standard exists to guide considerations for managing crowds at events, no standard appears to address the mission-critical group voice communications supporting health and safety.

Without a standard, the event-management team is subject to budget pressures that force cost reduction. Because most events occur without catastrophe, the pushback on communications costs is difficult to justify. Standards are an essential tool that helps the management team and local AHJ ensure an operation that delivers timely situational awareness and effective staff control.

The absence of text addressing mega-event communications, command, and control in these documents is nothing short of shocking. The NFPA 101 Life Safety Code specifies how the built world must be designed for safe operations. A companion NFPA document that specifies private critical-communications requirements would be a life-saving addition.

Betting on a Sunny Day

Thousands of mega-events occur around the globe each year, the vast majority taking place without incident. But when tens of thousands of lives are at stake, skimping on the private critical-communications infrastructure becomes a bet on a sunny day. Though catastrophe is rare and a sunny day is the rule, event planners and local officials must be prepared for the exception. Doing anything less puts lives in danger.

Ken Rehbehn is a principal analyst at CritComm Insights. An industry analyst since 2002, Ken also serves as a firefighter in Montgomery County, Maryland.