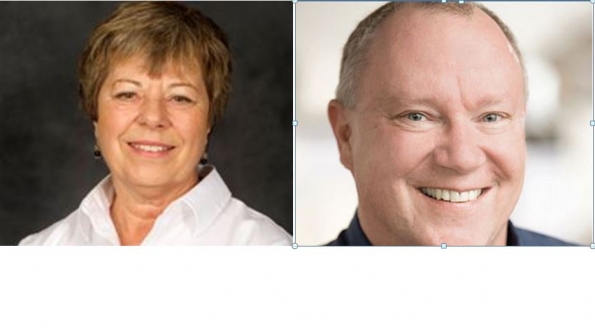 By Nancy Pollock and Glenn Bischoff

Across the state of Idaho, hiring and training standards for 911 telecommunicators (call-takers and dispatchers) always have been both voluntary and inconsistent. But the situation changed dramatically in March, when a new law was enacted that calls for training to be standardized statewide.

Seven years ago, the Idaho E911 Emergency Communications Commission directed a statewide committee chaired by Lt. Kevin Haight—a body that oversees statewide communications for the Idaho State Police—to develop hiring and training standards that could be applied statewide. The effort culminated in Senate Bill 1083, which was signed by Gov. Butch Otter on March 27. Effective July 1, the new law mandates certification training be completed by any telecommunicator hired after July 1, 2012.

Telecommunicators hired between July 1, 2012, and June 30, 2017, need to complete the training by January 1, 2019. Telecommunicators hired on or after July 1, 2017, need to complete the training within 18 months of their hire date. Those hired prior to July 1, 2012, will not be “grandfathered,” i.e., granted certification simply based on their years of service and experience. Rather, they will participate in the certification training at the discretion of their employer.

The law does not stipulate the number of hours that telecommunicators will need to devote to training to achieve certification, Haight said.

“If that was contained in the law, then every time we wanted to add to the training requirements, we would need to rewrite the existing law or write a new one,” he said.

Instead, the state’s telecommunicators will adhere to rules adopted in accordance with the Idaho Administrative Procedure Act (IDAPA) that call for 40 hours of initial certification training, with 40 hours of continuing education to be completed every two years.

The law has several “character” clauses. For example, telecommunicators working in Idaho no longer will be able to have a felony conviction on their record, no matter when it occurred.

“It’s unfortunate, because people make mistakes when they’re young, and then they turn the corner,” Haight said. “But this is a critical profession, and you have to draw the line somewhere.”

In addition, certain serious misdemeanor convictions—such as those for petty theft, domestic violence and driving while under the influence—and even lesser ones may be a disqualifier, depending on when the offense occurred. Going forward, certain misdemeanor convictions may result in a decertification, making the telecommunicator ineligible for continued employment in the profession. While this might strike some as being overkill, Haight explained the rationale behind these requirements.

“There’s a certain level of professionalism that we want,” Haight said. “Police officers are held to similar standards, and 911 dispatchers have their backs—in fact, we consider them equal partners. Plus, they will have access to critical information and will have knowledge of things that are going on in the community. It’s an important job, and we only want the highest-caliber people filling those seats.”

Haight credited collaboration within the Idaho public-safety community for the legislation coming to fruition. The endorsement of the Idaho Sheriff’s Association particularly had an enormous effect, according to Haight.

“The sheriffs or counties operate 39 of the 46 primary PSAPs in the state,” he said.