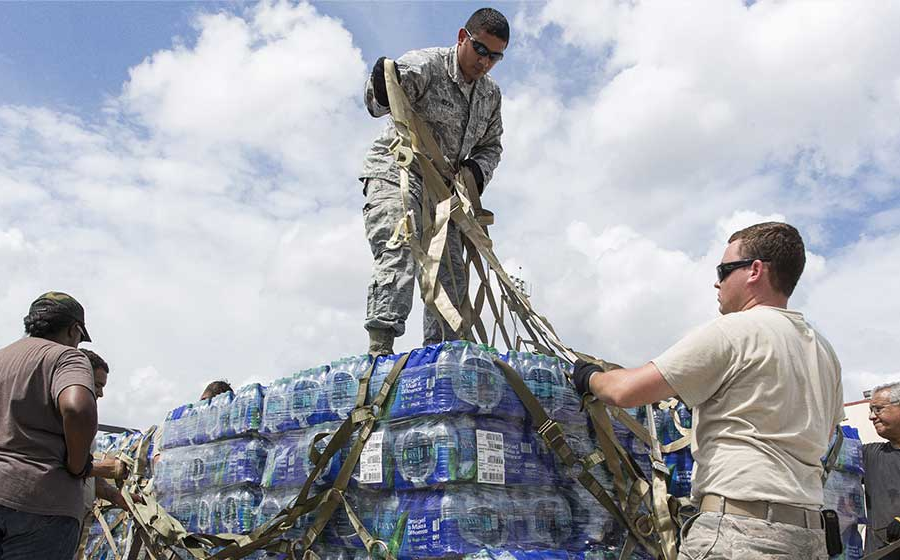 The IWCE 2020 conference featured 48 breakout sessions on everything from broadband to deployable networks, and even featured keynote speakers such as former FEMA Administrator Craig Fugate.

In his keynote address, Fugate addressed hundreds of virtual attendees on an often overlooked area of critical communications — interoperability with disaster volunteers. When volunteers have no way of knowing where help is needed and no way to communicate once they arrive on the scene, their potential to support response efforts is typically underutilized.

In an era where COVID-19 is already rapidly changing disaster response communications standards, Fugate’s address offered some new insights on how to take advantage of a tool already in the pocket of every disaster volunteer: the cellphone. Here’s our top five takeaways from Fugate.

Your cellphone is not a brick.

Prior to Hurricane Katrina’s landfall, local residents were dependent on their cellphones for communications. During critical hurricane rescue and response efforts, many cellphones were effectively inoperable due to the loss of cell towers. Emergency management agencies witnessed communications challenges at every level, often concerned for the safety of disconnected volunteers who stepped up to offer assistance on a daily basis.

This is not an unusual story. Emergency management agencies typically receive support from “spontaneous” local volunteers who are not trained on government radio or satellite communications systems, but do arrive at the scene with their personal cellphone. Even so, many emergency response teams tend to think that if cell networks are down and congested, what good is a cellphone?

In his speech, Fugate argued that public safety and emergency response agencies need to revisit the potential of cellphones, especially given the latest advancements in mobile technology since Katrina.

“It is not quite a brick,” he said. “It has two radio channels that are not dependent on cellular networks, and this is wifi and Bluetooth.”

Unlike cell towers and terrestrial communications infrastructure, decentralized systems like mesh networks avoid single points of failure. For example, each device or “node” in a mesh network transmits information from device to device, instead of routing signals through a central hub, base station, or repeater. If one user’s node goes dark, the transmission can still hop to the next available node and rebroadcast to the rest of the network.

Fugate compared this peer-to-peer setup to wifi routers in a home — but also pointed out that our personal cellphones are also capable of speaking directly to each other during an emergency, and across much longer distances. He credited this form of technology back to the mesh networks designed for military use. In fact, he said, amateur ham operators and hackers actually repurpose routers today for this very same purpose — to avoid the failure-prone towers and communicate completely off the grid.

But not all decentralized networks require extensive setup and training. “Some companies out there like goTenna have built applications for first responders,” noted Fugate as he began to explain some of the practical solutions for public safety agencies today.

Volunteers are more skilled on a cellphone than a two-way radio.

So, how can emergency response teams take advantage of mesh networks using existing cellphones? Fugate argues that the Red Cross, Salvation Army, and other humanitarian organizations need to abandon reliance on traditional radio systems in favor of mobile technology.

“The fastest response that I’ve ever seen is neighbor helping neighbor,” said Fugate. Trained or untrained, volunteers are often welcomed for the speed and effectiveness they bring to a major disaster response operation.

For the full article, read the original post on The Last Mile by clicking here.