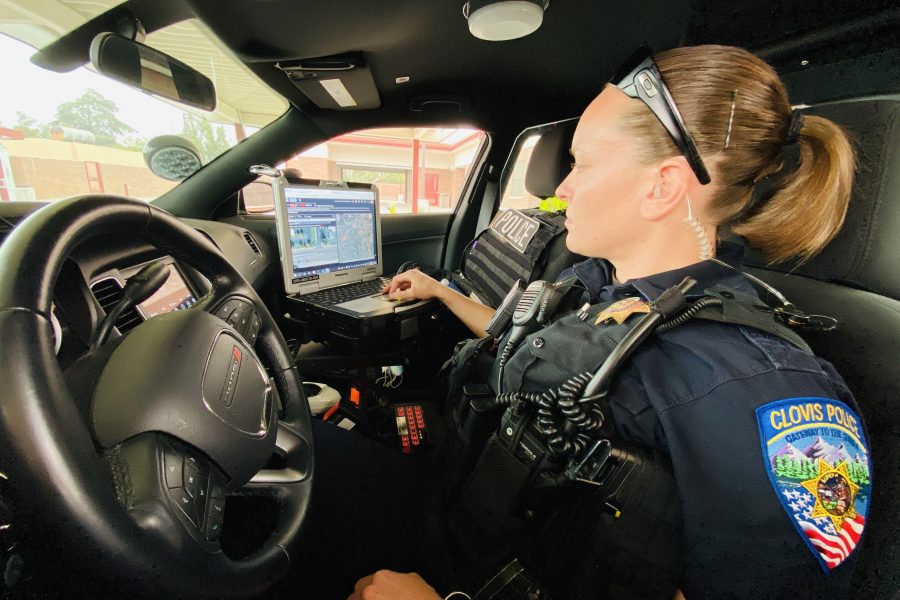 Police officers in the city of Clovis, Calif., are able to respond more quickly to incidents—saving lives and property—because they use the Live911 application developed by HigherGround to listen to the audio from 911 calls near their location, according to a Clovis police official.

Jim Munro, a lieutenant in the Clovis Police Department, said the agency began using Live911 about a year ago and about 60% of the department’s 100 officers uses the technology, which lets officers in the field listen to livestreamed audio of 911 calls, allowing them to respond immediately rather than waiting to be dispatched.

“Live911 is a game-changer for us,” Munro said during an interview with IWCE’s Urgent Communications. “It allows [police officers in the field] to respond quicker to these 911 calls, because they are actually hearing it—sometimes minutes before they are dispatched, because of how busy the dispatch center is.

“They basically get a head start on the call. We’ve had officers, on some medical aids, who are literally right down the street from these calls, and they’ve arrived before the call has even been dispatched. That’s huge, especially when you’re trying to save a life—seconds matter.”

With Live911, audio from 911 calls can be livestreamed through the browser on a computing device with broadband connectivity—Clovis PD uses Panasonic Toughbook laptops and Version 4G air cards, Munro said.

Clovis PD lets officers determine the proximity parameters for Live911—some want to be able to access all 911 calls in the city, while others only want to be able to access 911 calls within a mile of their vehicle’s location—and the audio of emergency calls within this geofenced area automatically are available to the officers., Munro said. Officers can choose to ignore the 911 audio or switch to another call, he said.

“The only thing the officer has to do is decide what calls they want to hear, in terms of within what radius of their patrol car,” Munro said. “So, they’re literally driving down the street and—boom—a 911 call just starts playing … and just pops up on the browser. You’re listening to the audio, you can see where the pin is dropped on the map, and you can start heading that way.

“Depending on how busy our dispatchers are, from the time that call starts playing to the time it is dispatched can be two or three minutes, in terms of it actually getting out on the radio to officers as a dispatch.”

In addition to helping reduce the time to arrive at the scene of an incident, listening the 911 call via Live911 can provide officers greater understanding about the situation, so they can better determine the most appropriate way to respond, according to Munro.

“That is where that game-changing moment comes in, because they can hear all of these details, and they can hear this person screaming on the other side of the phone. They can hear how serious it is, and it’s allowed them to make some really good and smart tactical decisions, as well.”

Some notable instances highlighting Live911’s value to the Clovis police force include multiple rapid medical responses, two encounters with gunmen that called 911 as part of suicide plans, and an incident in which police were able to interrupt a burglary attempt in progress while listening to the 911 call from the female resident in the house.

“As they arrived, they literally found the guy on the side of the house and surprised him—he had a 10-inch hunting knife and was trying to pry the side door open,” Munro said. “They got him in custody.

Tom Goodwin, vice president of marketing for HigherGround—the company that developed Live911—said the company’s first pilot agency was the Chula Vista, Calif., police department after receiving a request for such technology from a Chula Vista captain named Fritz Reber. As a longtime vendor of 911 call-recording solutions, HigherGround was able use its expertise in capturing 911 voice calls to develop the Live911 solution within a couple of months of speaking with Reber in 2018, Goodwin said.

Chula Vista’s police department began its Live911 pilot program by having its drone operators, who would listen to 911 calls to help determine which incidents would benefit from drone support and quickly take action, according to Goodwin.

“They would have drones on scene—with video—while the dispatcher was still talking to the [911 caller], so they were getting situational-awareness information as the call was coming in,” he said.

After the success with the drone operators, Chula Vista decided to try deploying Live911 for its officers, and the benefits of the technology quickly became obvious, Goodwin said.

“After about two weeks of these guys using it and kind of getting used to it, we got the first report of an officer who heard a manager at a fast-food restaurant calling in distress about a person in the bathroom who was unconscious,” Goodwin said. “The officer who heard it happened to be driving right by the restaurant and pulled in. The manager was still on the call with 911 when the officer walked in and started to render assistance.”

While many of the cited examples involve dramatic scenarios, Live911 is proving valuable in day-to-day operations, as well, Goodwin said. Having the full context of a 911 call is especially important today, when officers are being closely scrutinized about whether the actions they take in the field are appropriate during a given response, he said.

“What we’ve found out is that, not only will it [Live911] save lives, it improves situational awareness and it assists in helping officers with de-escalation [of an incident],” Goodwin said. “Because they know and hear more information as they’re arriving, they’re less likely to go into a situation—as they describe it—‘too hot.’

“In this era where de-escalation is a big deal, giving officers that situational awareness from hearing [a 911 caller’s voice] tone and things like that make a huge difference in their ability to address things in a calmer manner, and that’s helped with de-escalation.”

Of course, it is important for officers responding to an incident heard via Live911 to inform dispatch of their activity, so the department’s resources can be deployed efficiently. This was particular important to personnel in the dispatch center, said Munro, who worked as a dispatcher before becoming a police officer.

“They were very concerned about officers jumping on call [after hearing it on Live911], and it just being chaos,” Munro said. “We have found that actually has not been the case.

“Before having access to Live911, our officers were on the radio the entire time, going, ‘Can you ask them what color car they’re driving?’ or what direction they’re going. Well, the officers are now listening to this conversation, and they know exactly what the dispatchers are asking, so it’s actually cut down on [radio] air time, which has been really interesting.”

In fact, by listening to 911 calls made by people experiencing so many different levels of fear, anxiety and panic, “our officers have a much greater appreciation for our dispatchers than they did before,” Munro said.

Clovis police department makes Live911 available to all of its officers, and about 60% have chosen to implement the technology in their vehicles during the past year.

Munro said he reviews technological innovations that are introduced in the public-safety market on a regular basis and often is disappointed in what he discovers, but Live911 has proven to be an exception to this trend.

“[Live911 is] one of those pieces of technology that we’ve rolled out over the past few years that has actually been a help to us, not a hindrance,” Munro said.

“I’m a huge technology supporter, but it seems like a lot of stuff we’re rolling out these days is making our officers less efficient, less safe and really kind of slowing them down. This product has done just the opposite; it’s made us more efficient, has sped up response and made us safer.”

As a result, the Chula Vista police department has made the transition from a pilot partner to a paying HigherGround customer—“in my opinion, it’s very affordable for what you get from it,” according to Munro.

“We didn’t have it budgeted, but we found money to make it work, because—after that beta test—we didn’t want to get rid of it,” Munro said. “We found that it literally has helped us save lives, improve response times, and keep our officers safer. Why would we get rid of something that does all of those things?

“Live911 streaming in the officers’ vehicles has really been a game-changer, and it’s something that we’re going to be using forever.”